Flora and Fauna of the Amazon Rainforest

The Amazon has a unique status as home to hundreds of thousands of species, most of which are as yet undiscovered or unidentified. 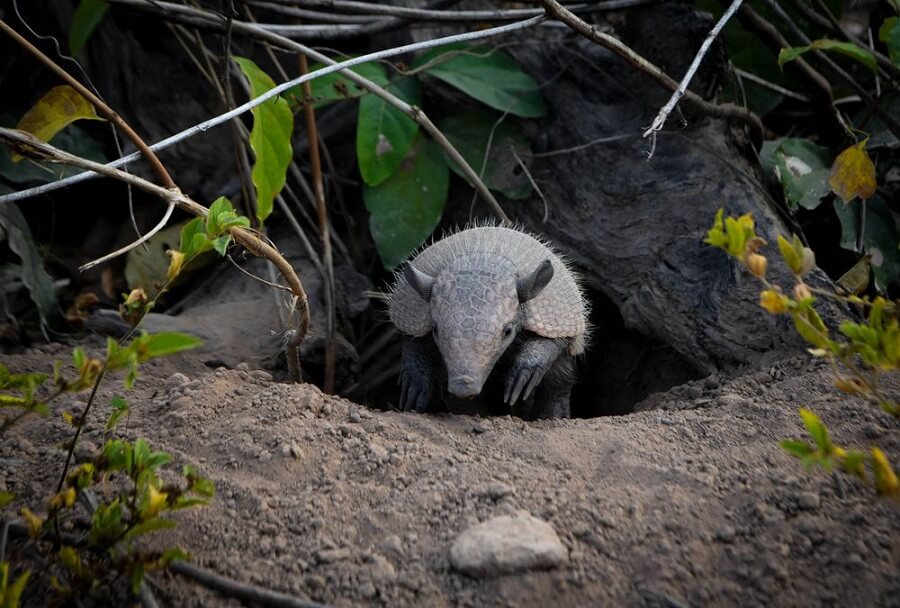 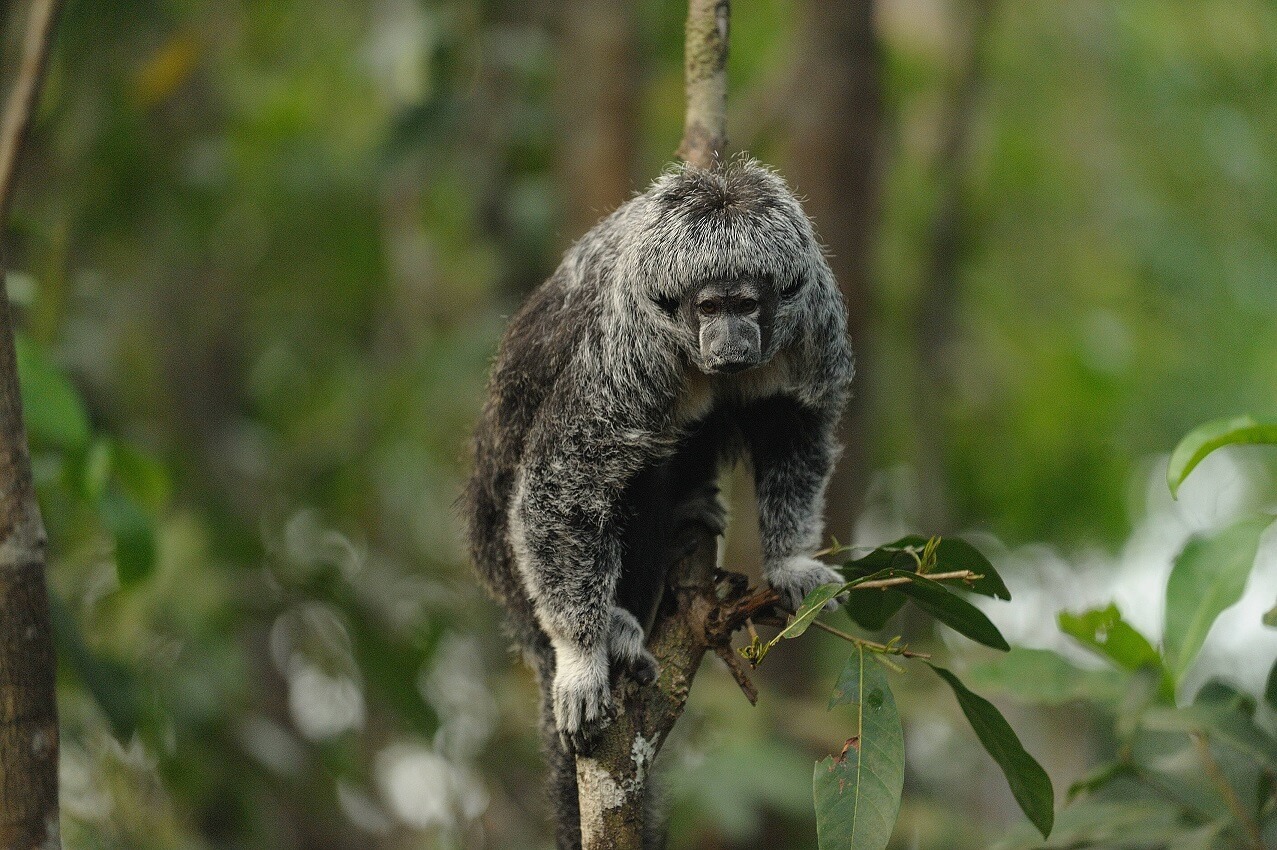 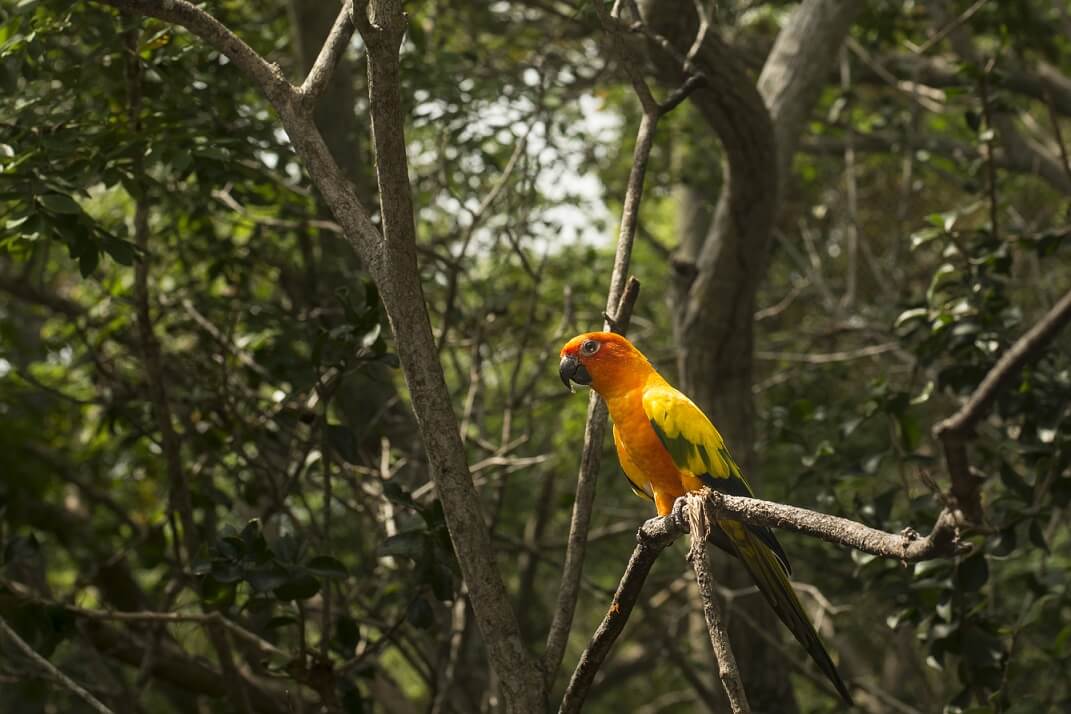 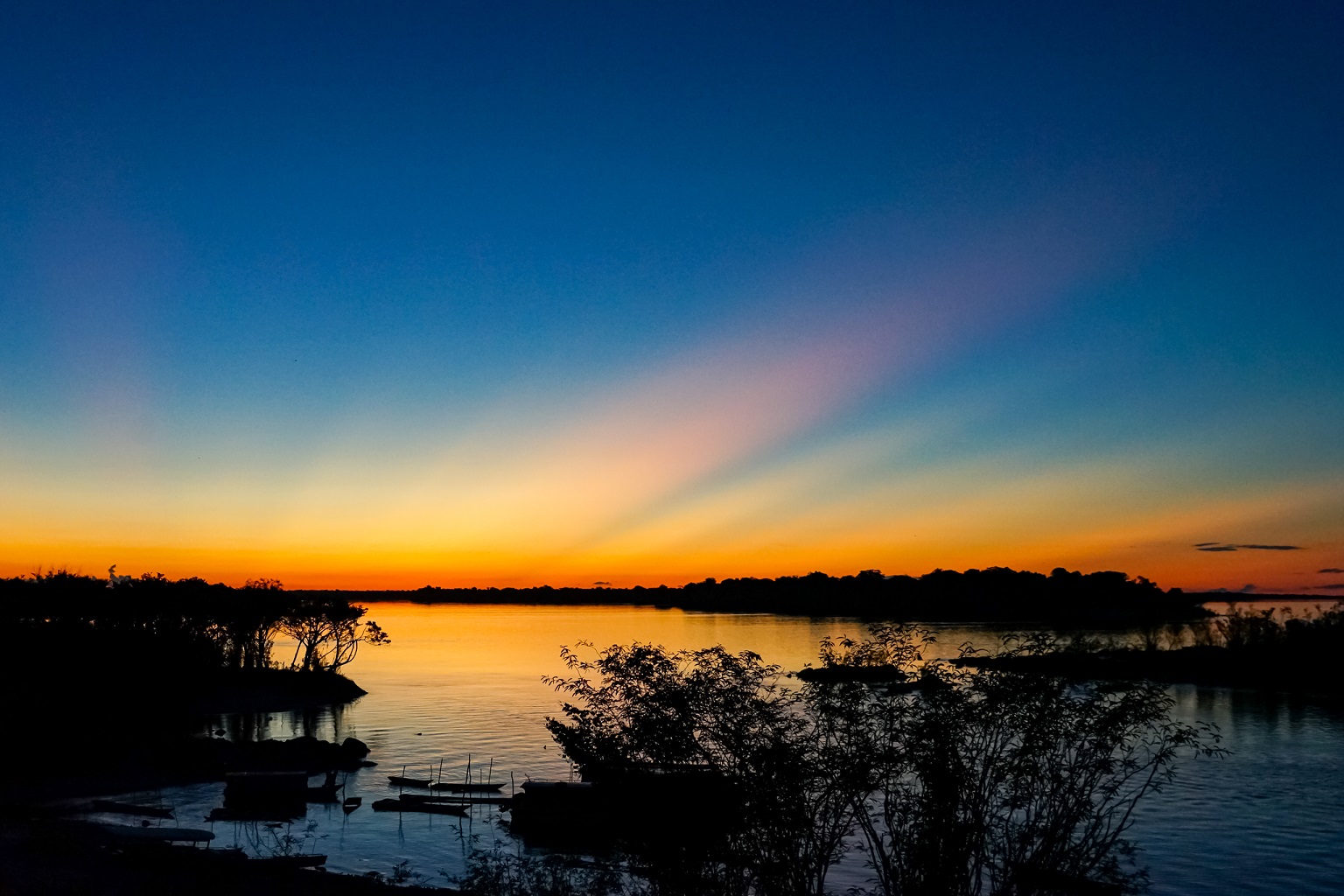 By the splendor of its landscapes, the strange beauty of its flora and fauna, and the deadly dangers of its mysterious undergrowth, the Amazon region has always crystallized the wildest dreams.

Whether the Amazon forest is enchanted or enigmatic, a “paradise” or a “green hell”, it is a unique part of the world with the diversity of its flora and fauna. It is home to almost half of all living species on Earth.
The Amazon harbors a phenomenal biodiversity: 40,000 species of plants, 3,000 species of freshwater fish, 300 species of mammals, 1,300 different kinds of birds, several million varieties of insects and more than 370 kinds of reptiles, that is to say one out of 10 of the known species on Earth. Added to this biodiversity are the 1,360 acres of dense forest, one third of the remaining tropical rainforests of the planet and 4,202 miles of winding rivers… So many factors that confirm the importance of the Amazon rainforest to the planet. Did you know that dozens of new species are being discovered every year? 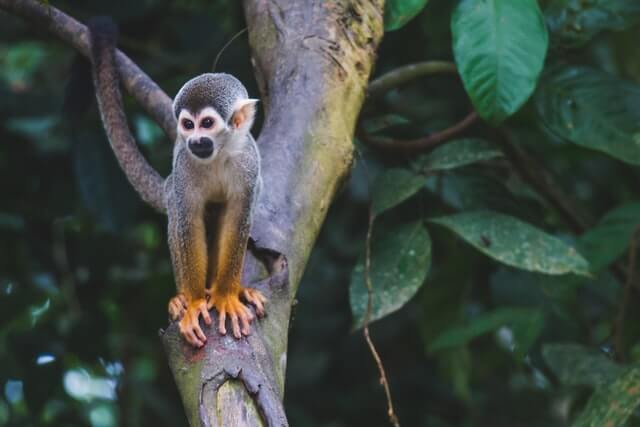 The Amazon basin is the largest equatorial wetlands surface on the planet and the forest that covers it literally functions as the earth’s green lung.
The world’s largest river, the Amazon stretches along 4,179 miles and multicolored water from 1,100 streams run into it. With a flow output of 200,000 m³ per second, the Amazon River discharges a fifth of the planet’s freshwater into the ocean. The river is so wide that the effects of the tide can be felt 500 miles above the mouth of the river. When its waters meet the ocean in periods of strong tides, the shock produces a tidal bore, a fast and devastating wave, the Pororoca, which can be heard for miles around. 2,300 miles of the Amazon is navigable. Near to Manaus, the ocher water of the Amazon meets the black water of the Rio Negro. Their waters don’t mix in right away. They run along next to each other, ignoring one another, over several dozen miles, a magnificent sight to behold.

The jungle, paradise or green hell ?

Its primary rainforest, with trees that measure 30 to 50m high, has the greatest levels of biodiversity. The trees of its canopy are so dense that they block out almost all of the light in the lower strata of the forest where a spectacular number of species thrive.
The forest can also spread over flooded land, often close to the river beds. The flooded forest makes up around 4% of the rainforest’s total surface area, and is often viewed on boat trips.
Amazon’s ecosystem also includes the mangroves that are found on the Atlantic coast but also the rocky mountains on the Guiana Shield. These highlands provide flora and fauna that are unique.
In regions of Brazil, such as Amapa, Roraima or even Guyana, the Amazon is also a savanna. 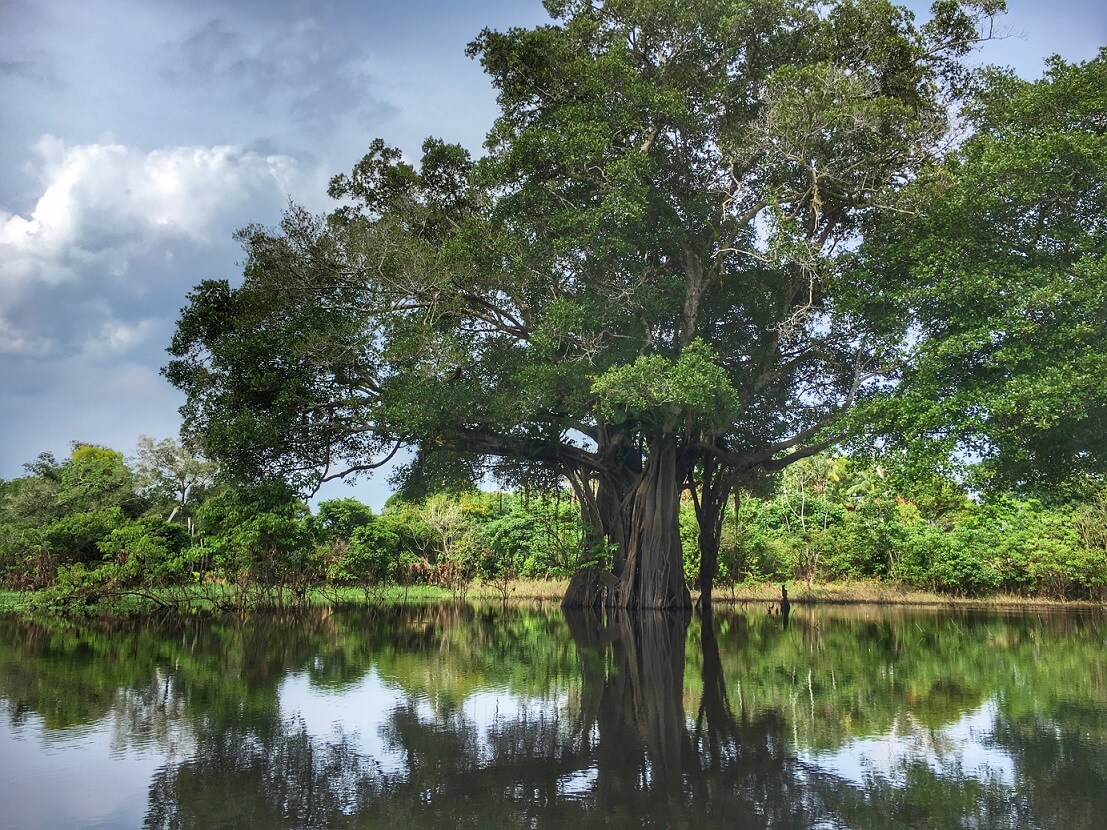 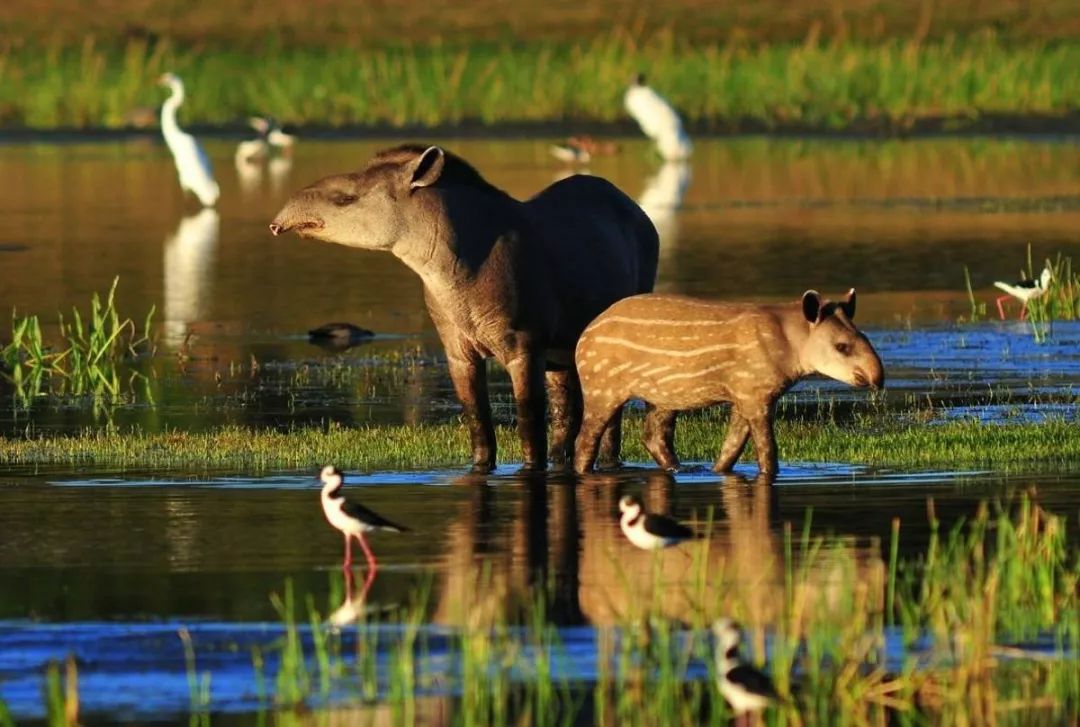 Amazon wildlife comes in all shapes and sizes

Here are some examples of animals that can be found in the Amazon :

The jaguar and the puma, masters of the Brazilian forests. Not very dangerous for the man, they live in all the environments. They are excellent swimmers.
Felines are numerous: jaguarondi, ocelot or margay cats populate this environment.
The collared peccary, with its thick skin protecting it from snakes, is a cousin of our boar.
Tapir is a solitary animal that can reach 2m and weigh 280 kg. It can cross a creek or a river by walking on the bottom, just like the hippopotamus.
Among rodents, the large Cabiaï or Capybara leads the life of a social and semi-aquatic mammal. It swims very well and lives in groups. The agoutis and the pacas are the other rodents that you will cross.

The armadillo, a nocturnal and solitary animal, has light brown protective scales all over its body.
Giant anteater feeds in open areas and rests in more wooded areas.
The woolly opossum climbs branches with its prehensile tail, and the saury, whose young cling to the mother’s body.

Among the monkeys
The lion monkey sleeps in a tree hole. The yellow sapajou has a blue nose. Tawny sapajou breaks nuts with stones. The capuchin monkey lets himself be approached and the atel, or spider monkey, has a long prehensile tail. The douroucouli is a nocturnal monkey with oversized eyes and the marmoset is one of the smallest monkeys in the world. Red howler monkey’s cry can be heard for several kilometers.
The sloth is a curious animal with a legendary slowness. 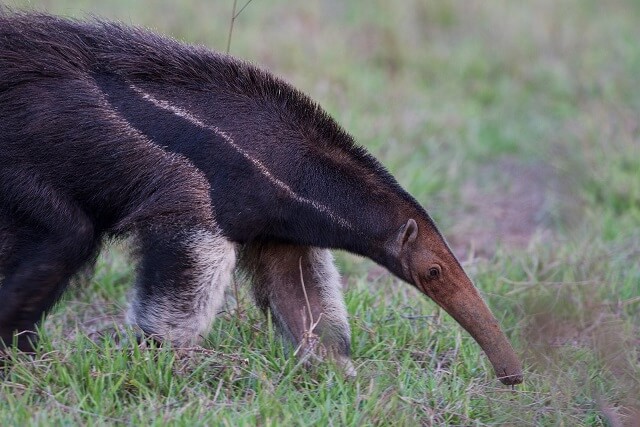 1300 species of birds in Amazonia

In tropical rainforests, all food, insects, fruits, nectar, are available on the spot.
The toucan, a charming bird that lives in the rainforest, in the tops and middle floors of trees. There are 37 species of toucan in the Amazon.
Did you know that the hummingbird, the only bird whose wing beat provides thrust and propulsion? It can go backwards like an insect. It is able to have dazzling departures. Its wings beat 20 to 80 times per second. To support this intense activity, the hummingbird feeds on the nectar of odorless flowers every ten minutes at a rate of 50% of its weight per day. Its voluminous heart beats at rest 500 times per minute.

The parrot is a monogamous psittacid. Pairs stay together all year round, fly off together in the early morning and feed and preen each other’s feathers. It is the only bird that takes its fruit with the leg to eat it. We know 300 species, of which about fifteen have just disappeared. It can live eighty years.
The harpy is the most powerful bird of prey in the world, it feeds on monkeys.

The Amazon, land of records : the anaconda water snake is 9 m long and can swallow a whole cabiai, the freshwater fish arapaïma and piraïba can weigh nearly 140 kg and finally, the jaguar has the most powerful jaw of all felines. 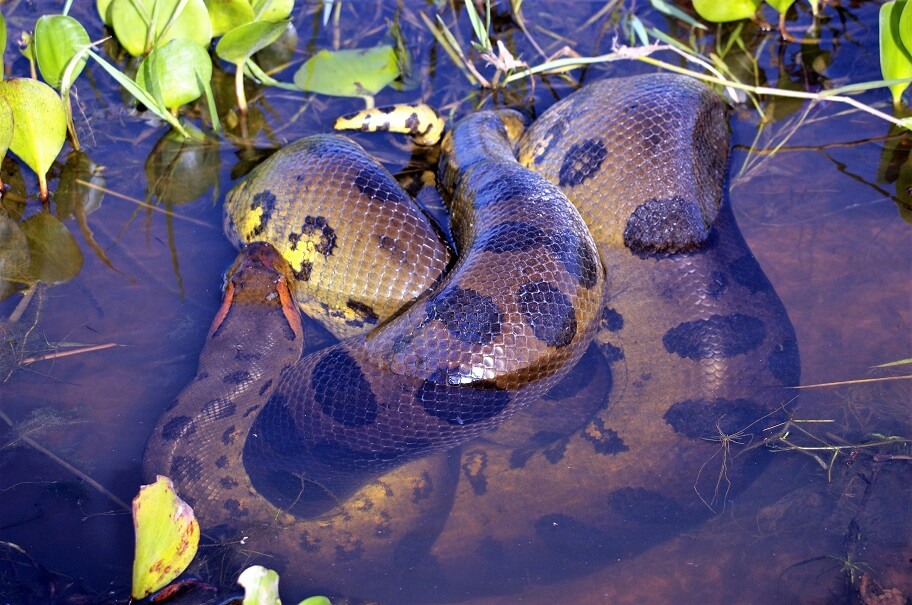 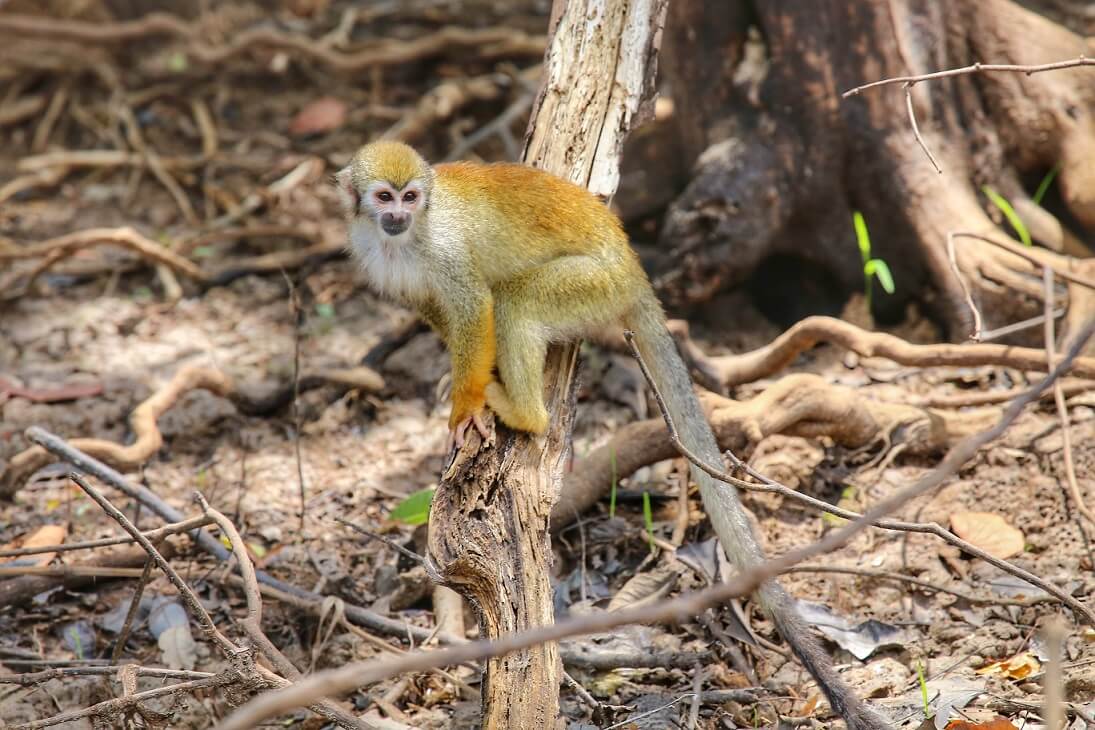 The green iguana, a lizard with a body covered with scales, can reach 2m and remain submerged under water for up to 4h30. Did you know that boa constrictor can measure up to 5.60 m?
The coral snake is beautiful but dangerous.
Caiman can measure up to 6 m.
The dendrobate frog, with its toxic skin, which the Indians use to impregnate darts or to perform the Kambo ritual.
Did you know that the mygale is in fact harmless?
The herculean dynaste beetle measures up to 17 cm, the Morpho butterfly measures 14 cm and is of an enchanting metallic blue. There are more than one million species of insects in the Amazon.

The Amazon has 3,000 species of fish, or 10% of the world’s fish species identified to date.

Piranhas, electric eels, rays, tucunarés, jaùs, jaraquis… so many intriguing species. As well as the tiny fish that your aquarium would dream of and that are legion in Amazonian waters: the freshwater angel, the neon tetra or the pencil fish.
Let’s not forget the legendary Pirarucu, one of the biggest freshwater fish in the world.

The legendary Amazon dolphin will keep you company during your boat trip. There is one couple per square kilometer. A magnificent spectacle to observe from your boat or in the water. In 2010, a team of scientists discovered a new species of dolphins in the waters of Araguaia.
Amazing Amazonia which has not finished to deliver us its secrets abounds with life. 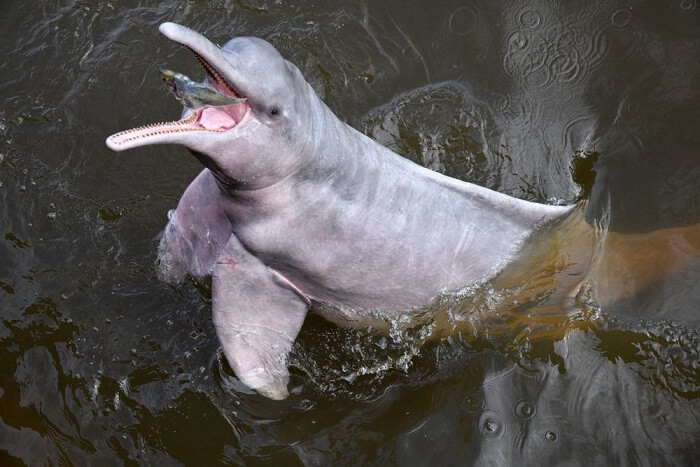